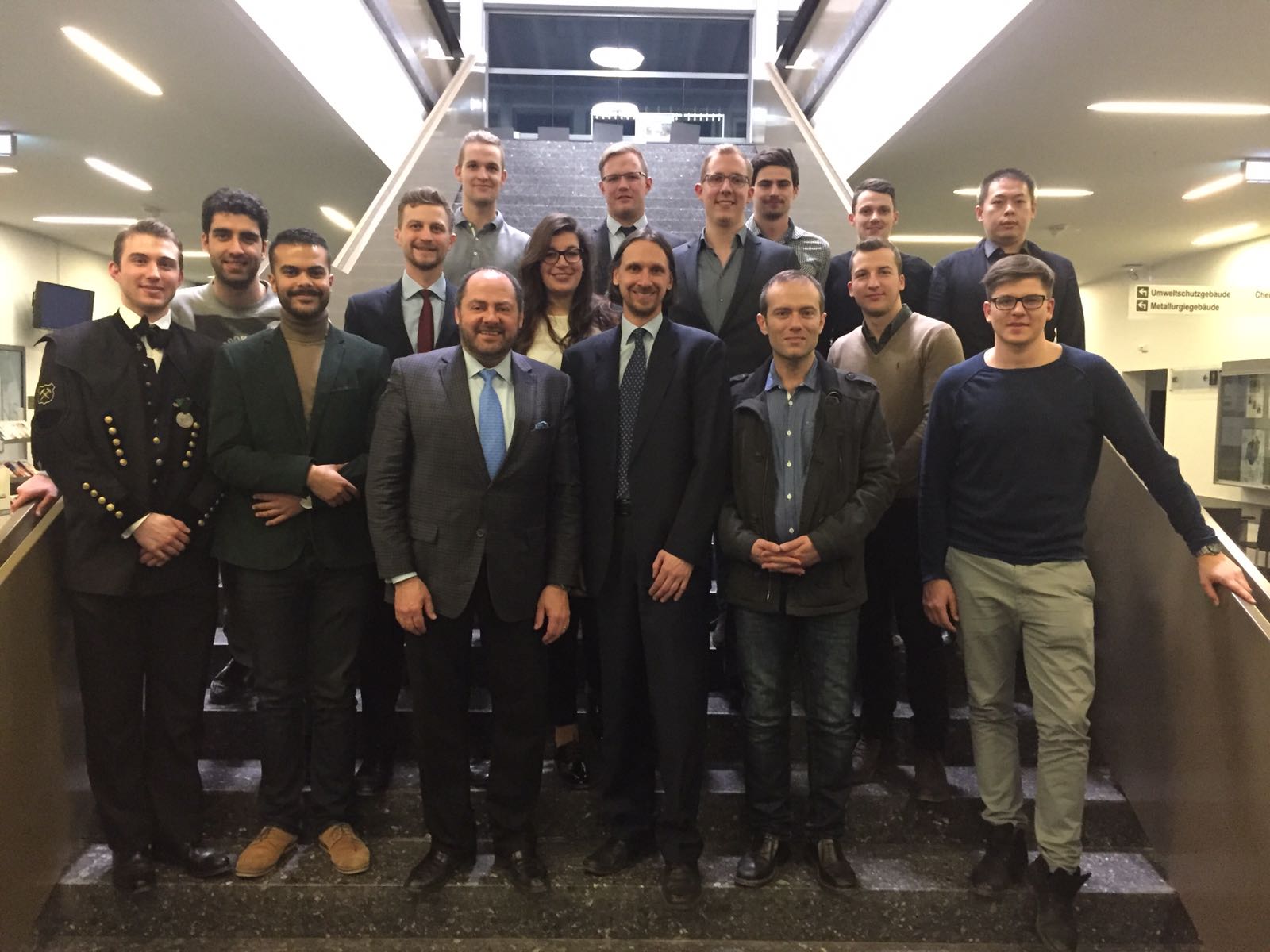 At first, Mr. Spady got to see our Department of Petroleum Engineering, which he was quite impressed by. Not only was he impressed by the applied research Prof. Hofstätter and his team took the time to introduce him to, but also by our new building and the facilities in general. We also had the pleasure to show him the downstream applications of our beloved petroleum in the Department of Polymer Science, and especially, their lab facilities. In the evening, Mr. Spady gave a motivational presentation to an audience of about 50 students. He started talking about his personal career which he says is an “example of what not to do”. However – and that is the huge motivating message behind this talk – it also shows that anything is possible, if you are willing to take chance and move out of your comfort zone. For example, he was based in an area with enormous shale layers in a time when “shale was considered garbage. It was something you’d speed up your logging tool”. Yet, he developed some kind of expertise in this area, which was then helpful for his further career.

With shale gas being a very controversial topic, this was an excellent opportunity to move to another subject Mr. Spady is very enthusiastic about, community involvement. Again, he gave an example from his personal career, where he had to drill a well on a university campus, in the middle of a city. Despite public concerns, he and his crew managed to drill the well, and even reduced the public resistance to a minimum by getting them involved, allowing them on site, and explaining what is going on. Darcy Spady says that regaining the public trust is the key to continuing our work in densely populated areas. This may not be the case for many areas of the world, but it sure is an important factor in Central Europe!

As the President Elect of SPE, our organization also had to be mentioned. Showing interest in SPE is something very rewarding. Mr. Spady especially encouraged us to write papers, and go on conferences with them. He also mentioned that we should not be afraid of being made fun of with our research work: If it makes it through the selection process, the paper has to be good! And Mr. Darcy Spady also specifically said that the level of teaching and research is very high at our university, another big encouragement to start spreading our knowledge! Thomas Gundacker of BP during his presentation

The visit of Darcy Spady coincided with the traditional visit of Thomas Gundacker, a Leoben graduate working with BP. He also gave a brief talk about the world energy outlook, the role of oil and gas in the future. He also pointed out that BP is hiring students for internships and for permanent work despite the crisis. For more, visit www.bp.com/leoben

The evening was concluded with a dinner at Mensa, to which both Mr. Gundacker and Mr. Spady were invited.

We would like to thank everyone who has been involved in organizing the program, especially Prof. Hofstätter and the team at the DPE for taking the time to show our guest around, and of course, a big “Thank You!” to Mr. Gundacker and Mr. Spady for visiting Leoben. We hope you enjoyed your stay just as much as we did.