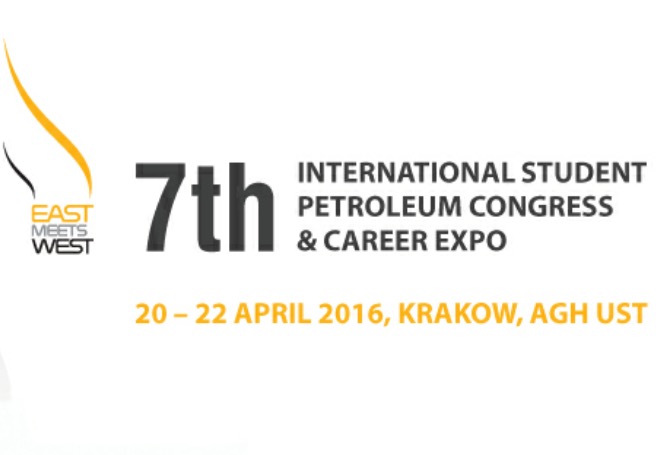 East meets West-Krakow at its best…

This year the 7th Edition of the famous East meets West Congress took place in Krakow. Students from all over the world followed the invitation of the AGH University of Science and Technology SPE Student Chapter. From the 20th of …

This year the 7th Edition of the famous East meets West Congress took place in Krakow. Students from all over the world followed the invitation of the AGH University of Science and Technology SPE Student Chapter. From the 20th of April to the 22nd of April all the participants were enjoying the hospitality and the great atmosphere in one of the most beautiful cities of Poland.

The journey to Krakow began on the 19th of April at 10 o’clock in the morning. 6 of us were going there by car. The rest of us arrived by plane on the same day. After successfully passing the border control in the Czech Republic and 7 hours driving we arrived at the dormitory in Krakow. After check-in we started a small city tour through the city centre of Krakow which ended in a famous polish restaurant. We ordered grilled ribs with a special honey-mustard sauce. After we finished it was time for the Ice-Breaker party. It didn’t take very long to break the ice because everybody was looking forward to meet some new people. The next day started with the opening ceremony of the congress. A singing performance was accompanied by speeches from the organizers and university representatives. After the first coffee break, one of the congress highlights took place, a panel discussion with the topic “Managing the current economic situation in the Oil and Gas Industry”. Industry representatives and highly ranked experts gave insights and personal opinions about the reasons of the recent crisis. It was a highly interesting discussion with an overall positive message. That the oil prices are going to recover sooner or later. After lunch several different companies presented themselves to the students, such as Orlen Upstream, Ernst&Young, MOL and FMC Technologies. Before dinner we decided to explore the city of Krakow by ourselves. The day was concluded by a gala dinner where traditional polish cuisine was served.

The second day of the congress was dedicated to the student paper contest and the poster session. Students from different universities presented their research and showed the great diversity of the petroleum industry. After lunch the poster session took place. Two posters from students of the Montanuniversitaet Leoben were presented. Florian Gamperl presented his research “Drilling Rate Models for PDC Bits”. Christian Mudrak and Nicola Zivelonghi presented their research in the field of reservoir engineering with the title “Flow Behaviour Investigation of a Sandstone Reservoir”. The judges and also the other students were satisfied by the work of the presenters. Later that day we decided to go on a Segway tour to visit the Jewish Quarter of Krakow. Our guide gave us a historic overview about the development of the Jewish community in Krakow and their very sad history during the Second World War. Our day was concluded with dinner in a steak restaurant. On the final day of the congress PhD students had the chance to present their current research. Not only technical, but also questions about socio-economic growth were raised during this session and led to some interesting discussion which even continued into the coffee break. After the coffee break, the closing and awarding ceremony was held. It was great to see when Christian Mudrak and Nicola Zivelonghi from our university received the first price in the poster competition. Finally, the congress was over but this doesn’t mean that it was time to leave. There was one more evening to be spend in Krakow. Therefore, we decided to visit an alt mine which is located a few kilometres outside of Krakow. The Wieliczka salt mine is 700 years old and it is one of the most famous mines in Europe. The route for tourists brings you to a depth of 135 metres under ground. On the way several sculptures made out of salt can be seen. One of the highlights in the mine is the underground chapel. This time we decided to have our dinner in the Hardrock Cafe of Krakow. Finally we had one more night to spent time with the wonderful people we met here. There is this saying that departing is never easy but you have to leave to come back. Therefore, we left Krakow with new friendships, great experiences and without a doubt that we are going to come back. We would like to thank the students of the AGH University of Science and Technology SPE Student Chapter for their hospitality and the amazing program they have prepared for us. It was a great pleasure to be able to participate in this great event and we are looking forward to be back in Krakow in 2017.

East meets West-Krakow at its best…